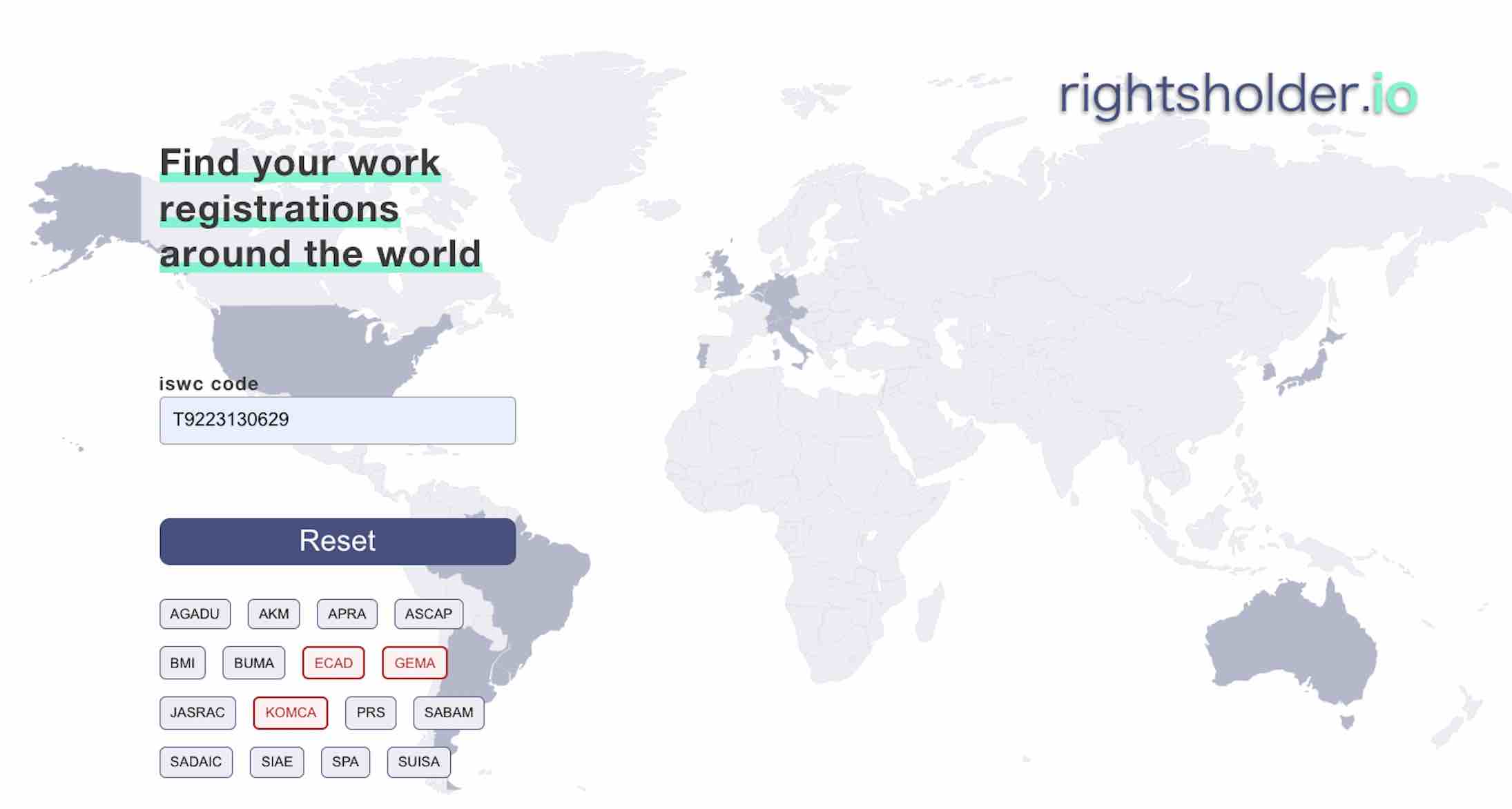 Music Tech Works has unveiled a new functionality to its music copyright research platform rightsholder.io with the launch of WorldSearch, a tool that will help music publishers actively monitor their song registrations around the world.

WorldSearch is designed “to help publishers quickly identify and fix issues with their catalogue registrations to ensure that they are collecting 100% of the royalties,” according to the company.

Speaking to Creative Industries News, co-founders Jarrett Hines and Bryson Nobles explain that their goal with the new feature is to simplify the work of music publishers by giving them the tool to improve the quality of song registrations — which can be a major source of errors and therefore of missed revenues.

Make it easier for people

rightsholder.io was initially conceived to simplify the sync licensing process by identifying all the rights holders to a specific song. The new feature is an extension of that process, explains Nobles, who is CEO of Music Tech Works. “Last year we focused on the search tool that we had built,” he says. “Our mission is to build software that relates to copyright data in order to make it easier for people who control rights or people who are requesting info to answer their needs.”

The new tool is consistent with this mission in that it allows publishers to “understand how good a job sub-publishers are doing” with registrations. “It’s hard to go on and audit hundreds of thousands of songs a sub-publisher is administering for you. It very quickly turns into a long manual nightmare. [WorldSearch] is a major time saviour.”

Nobles says WorldSearch can be used in various scenarios, in particular when a rights holders is preparing to sell catalogues. “You can have a clean catalogue and say there are no duplicate registration,” he explains.

As a matter of fact, adds Hines, the development of the tool came initially from a demand by independent music company Concord, which was acquiring Downtown Music‘s publishing catalogues. “We started work with Concord on the registrations for the Downtown catalogue, identify were there were problems, which songs had to be re-registered and making sure all was well registered,” says Hines.

“We provide publishers with an unfiltered view on their registrations. They have the ability to look at what the registration is and compare,” says Hines, who specifies that Music Tech Works displays data as it is available from PROs around the world, but does not do any merging or reconciling when mistakes are found. This part of the work remains the preserve of the client.

Nobles confirms, “At this stage we are not taking responsibility to make updates but we are staying true to form to us by creating tools to help customers and help answer the unknown unknowns. Then they can decide to do things, such as merge the information. Our focus is to make the information accessible.”

Focus on the main markets

“For example if we see that in [German rights society] GEMA’s database a song has two different registration codes, the publisher can ask GEMA to purge one of the registration,” adds Hines.

Hines says that out of the 140 PROs active in the world, Music Tech Works can source data from about 70 of them. “It’s only half of the total number of PROs but it covers all the major rights organisations,” he says. “People are usually concerned by the main markets, and less about organisations that are in smaller markets that do not have publicly available databases. For most clients, the priority is to make sure that Germany is properly registered because it is a major centre of revenue.”

Nobles says the pricing of the service is based on the size of catalogues. With this new tool in place, the two executives are now looking at other ways to harness the data available and continue to get more data sources and data partners.

“People don’t want data for data, but rather what they can do with data,” says Nobles. “They want data that allows to do intelligence report and act more quickly.”

Luminate, the data and analytics joint venture between MRC and Penske Media, is shutting down its airplay monitoring data service BDSradio in the US and Canada, and has announced a partnership with Mediabase, the airplay monitoring company owned by iHeartMedia via its affiliate RCS.

Luminate has operated BDSradio since it acquired it Nielsen’s music data business in late 2019. RadioInsight reported that BDSradio subscribers were notified by the service that their account will be transferred ...

PIXELYNX partners with Laylo to facilitate creator’s messaging and drops

The companies will "work together to implement Laylo’s full suite of audience management suite and bring its customisable creator messaging and drops platform to artists, creators and brands" in ELYNXIR, the debut game from PIXELYNX set to launch later this year.

“We love everything Laylo is building. Their platform is esse... 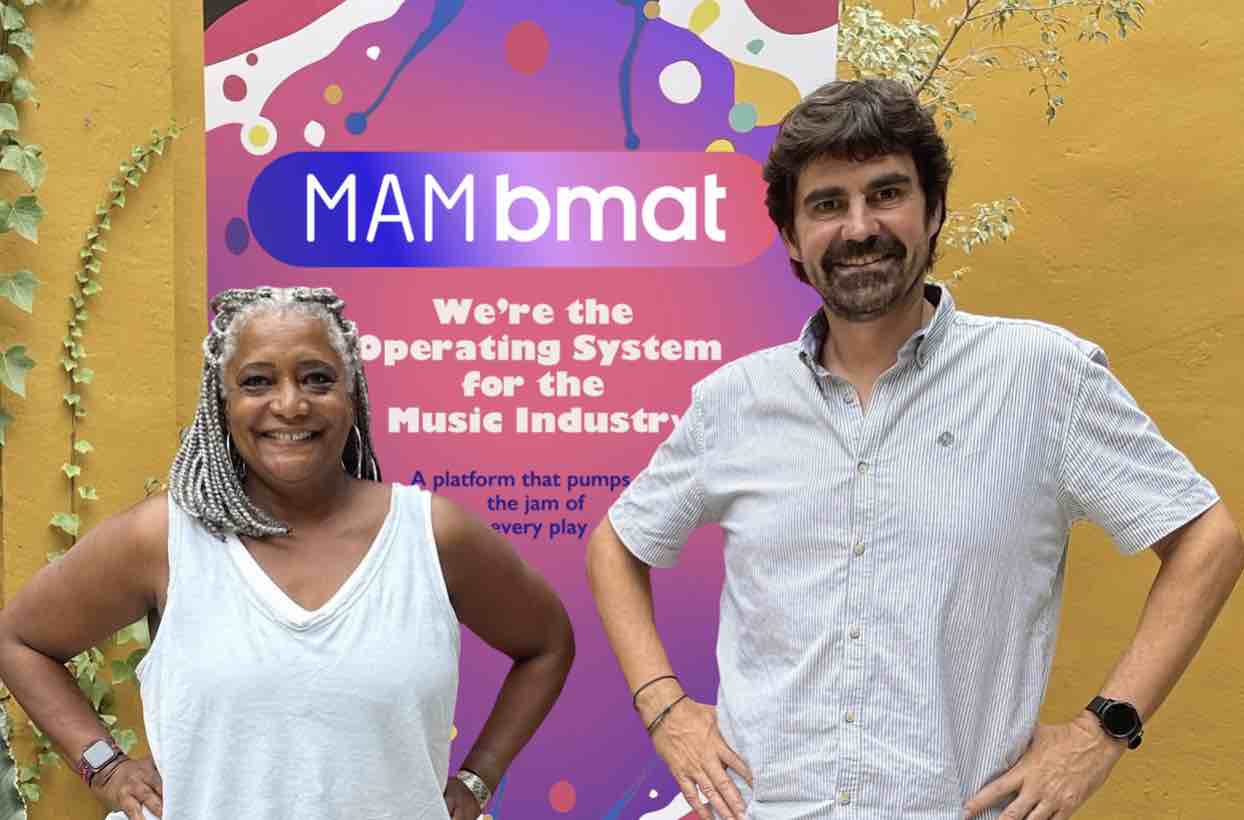 Terms of the transaction were not disclosed. The company will become a new US-based division of BMAT offering extra services under the name MAM BMAT, with Wilson named President of MAM BMAT.

"As a result of the acquisition of MAM by BMAT, the new MAM BMAT is now offering a wide array of additional s...

Netflix drops lawsuit against the creators of ‘The Unofficial Bridgerton Musical’