AdRev, a subsidiary of Downtown Music Holdings's division AVL Group, has acquired Simbals, a French music analytics and technology company. Prior to the acquisition, Simbals served as a key technology partner for AdRev.

In North America, 10% of the songs nominated for a Grammy were not detected to be registered with the region’s rights societies, as of January 7, 2023, according to an analysis from data specialists MusicTechWorks‘ music copyright research platform rightsholder.io.

The research shows that even top songs can have data issues that will in turn prevent rights holders to get properly remunerated. MusicTechWorks’ data shows that in addition to the 10% songs not detected in North America, 20% of the songs were not detected in Europe & UK and 33% in Asia-Pacific.

“The GRAMMYs is one of the biggest events of the year for the global music industry, and we saw this as an opportunity to show that even the most notable songs and records of 2022 have issues when it comes to their registrations,” said Bryson Nobles, co-Founder and CTO of rightsholder.io. “Identifying these gaps and duplications is critical to ensure that royalties can be properly and promptly collected, especially since many non-US rights societies may only distribute monies once or twice a year.”

In addition, a third of these works nominated for a Grammy were found to have duplicate registrations. According to MusicTechWorks, this “can mean songwriters and publishers may be missing out on monies if these are not reconciled in their royalty administration systems.”

More surprisingly, more than 50% of all the songs from the Grammy sample were found to have multiple International Standard Musical Word Codes (ISWC), the identifiers for song compositions, which lists the title’s songwriters, music publishers, and their associated shares of the composition, as well as other works that may be referenced in the song, such as a sample.

Money be left on the table

“Song registration with rights societies around the world is critical for proper licensing and royalty collection, but current methods of tracking this information globally often leaves major gaps, even for some of the most popular songs,” explained MusicTechWorks. “The ISWC should be consistent for any recorded version of the song, whether by the original recording artist or a cover version.”

“We hope that this information will open people’s eyes to the true magnitude of this problem,” said Jarrett Hines, Co-Founder and CEO of rightsholder.io. “While there are many reasons these issues exist, it’s critical to recognise that not only could a significant amount of money be left on the table for the songwriters and music publishers, but this also could decrease their overall catalog valuation. If the top titles are missing royalties due to missing registrations in the top markets, duplicate registrations, and duplicate ISWCs, what is the picture for songs that are not frontline titles?” 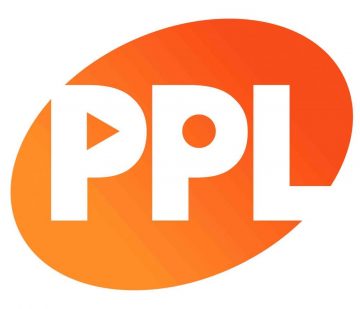 PPL said the figure marks the second highest total of monies paid out by PPL in a calendar year, the highest being £260.2m in 2020, a total achieved thanks to the record collections of £271.8m the previous year in 2019, before the adverse impact of the COVID pandemic.
...

Music technology platform Orfium has acquired London-based Soundmouse. The deal — the terms of which were not disclosed — brings together "the global market leaders in digital music and broadcast rights management and reporting," according to Orfium.

Orfium said that the combination of Soundmouse’s leadership in cue sheet management and monitoring for the broadcast and entertainment production space with Orfium's expertise in UGC tracking and claiming for publishers, labels and product...